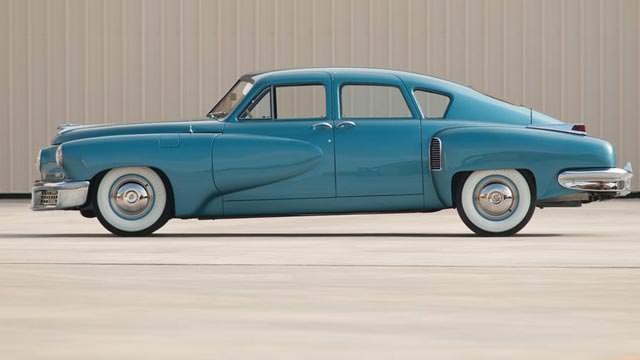 In many ways, the 1948 Tucker Torpedo was ahead of its time in reference to features and thoughts for safety and comfort. Bad publicity and a poor launch of the prototype prevented this car from reaching full potential. Mastermind Preston Tucker had been envisioning this design for some time, but did not like the name Torpedo. His thought was that the name would remind people of the recently ended World War II. Instead, he referred to his idea as the Tucker 48. What was so great about this automobile?

Aside from being American made, the Torpedo included safety features in addition to driver comfort and convenience. One of the unique features of the car was the third eye. A headlight that was positioned front center that would cast light for directional turning. 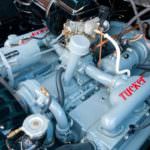 Another feature for safety was a framed perimeter allowing for crash protection. Rear wheel drive and a rear mounted H-6 engine were also a spotlight of the Tucker 48. The windshield was designed to eject in the event of an accident to keep driver and passengers safe. In an attempt to promote quickness and efficiency, the drive train and engine were mounted on a separate frame from the body.

What are truly amazing about the Tucker 48 are the features that did not make the final cut of the 51 models in production. Preston Tucker imagined his car with self-sealing tubeless tires, disc brakes, and fuel injection. It was as if every idea were designed to illuminate the driving experience.