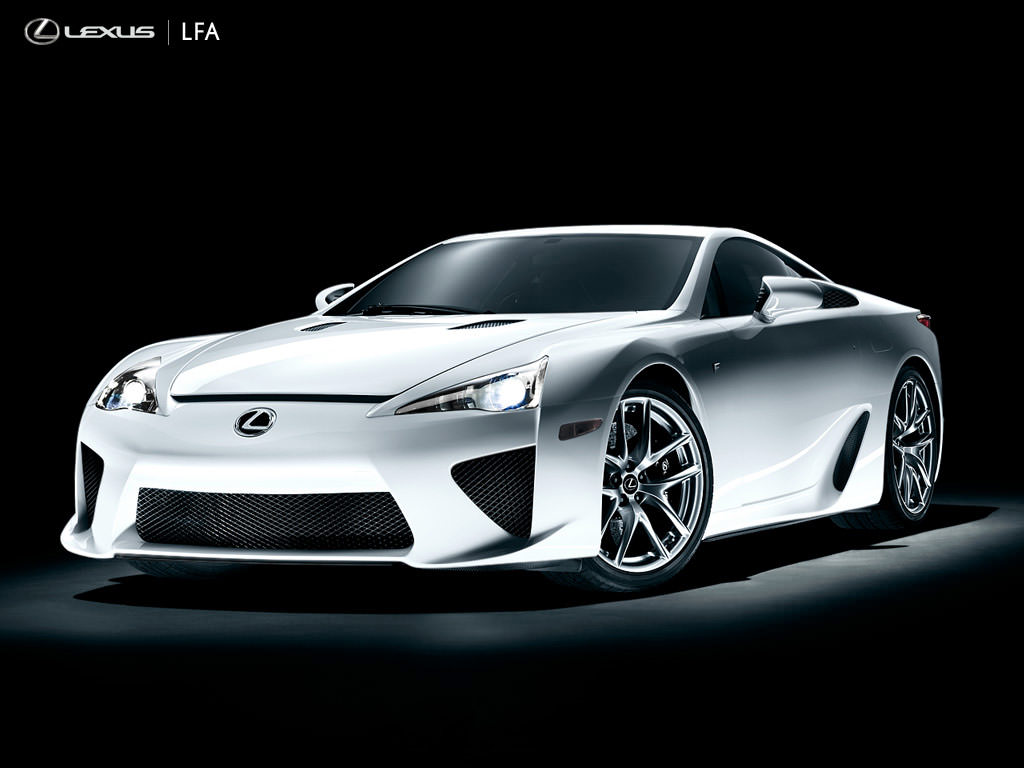 When most people think of Lexus, the first thing they picture is a line of luxurious cars and sport utilities vehicles.  At the top of the Lexus Product line lies a high performance vehicle known as the LFA. As a stock vehicle, this super-car stickers for a price of more than most would spend on a house, at $375,000. Now, people are buying a car that will certainly give notorious super-cars a run for their money, so the price certainly is not unfair. The stock LFA features a 4.8 liter, V10 engine, which is capable of producing just over 550 horsepower. However, many fans of this car are not completely satisfied, as they want something even more powerful. As a result, Lexus released the LFA Nurburgring package.

With the Nurburgring package, drivers will find that Lexus has unleashed a true beast. This ride features the same engine, but it produces 570 horsepower. Drivers will strap into their seat, push the pedal to the floor and be to 60 miles per hour in about 3.5 seconds, which is incredibly fast. In addition, the vehicle can reach speeds of 210 miles per hour, which most people would never consider possible with a Lexus. However, this vehicle is also fast around a track, thanks to its premium suspension and handling. In fact, the car made it around the Nurburgring circuit in just 7 minutes and 14 seconds, which edges competitors, such as the Dodge Viper. The Nurburgring comes in four color choices, which include matte black, black, white and orange. Customers can also select from three interior colors, including black, black and red and black and purple.

The Nurburgring package really sets this car apart from the competition, whether people are rating the vehicle’s appearance or its speed. The stock, Lexus LFA was fast enough to turn heads, but this upgrade takes Lexus’ image to a whole new level. People who are interested in this super-car can expect to pay about $70,000 more than the stock version with a sticker price of about $445,000.

The Lexus LFA is an amazing car. It is a 2-seat exotic sports coupe. The engine is a 4.8 liter V10. This engine puts out 8,700 rpm. The torque of this car can get up to about 6,200 rpm. The way the engine is placed in the car makes it run better. If it was off anywhere, the car wouldn’t move as smooth as it does. The engine allows the car to get better efficiency and lowers the total weight. The V10 lets the car rev higher which lets it get to the top speed faster. This engine weighs less than the v6 the manufacturers have. The engineers are trying to make the engine sound like a formula one car. The top speed of the Lexus LFA is 202 mph.

The gearbox is a six-speed automatic. You can choose many different styles of driving. You can choose auto, normal, sport, and wet. The gear shifting is overly smooth says the engineers. The smooth shifting is favored by many people. The frame of this car is carbon fiber-reinforced polymer. The front suspension allows the car to go over bumps and you will barely feel them. With the way the car shifts and rides, this would be the perfect car to have. 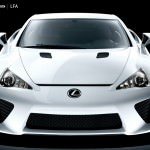 The carbon fiber body of the car has narrow edges and cutoffs which improves the way wind hits the car. The car has scoops that are located over the rear fenders to let air in to cool the brakes. There are dual hood vents that move hot air away from the exhaust to keep the engine cool. The interior has two bucket seats and remote touch controller interface. In order to start this car you have to put the key in and push a button. This car has many features to it.

The super-hot Lexus LFA coupe may only have a production run of 500 units, but that will not be the last we hear of the LFA line. According to Automotive News, Lexus will produce an LFA roadster which they previewed at the Detroit Auto Show. Look for the topless version of the Lexus super-car to hit the streets in mid-2014.