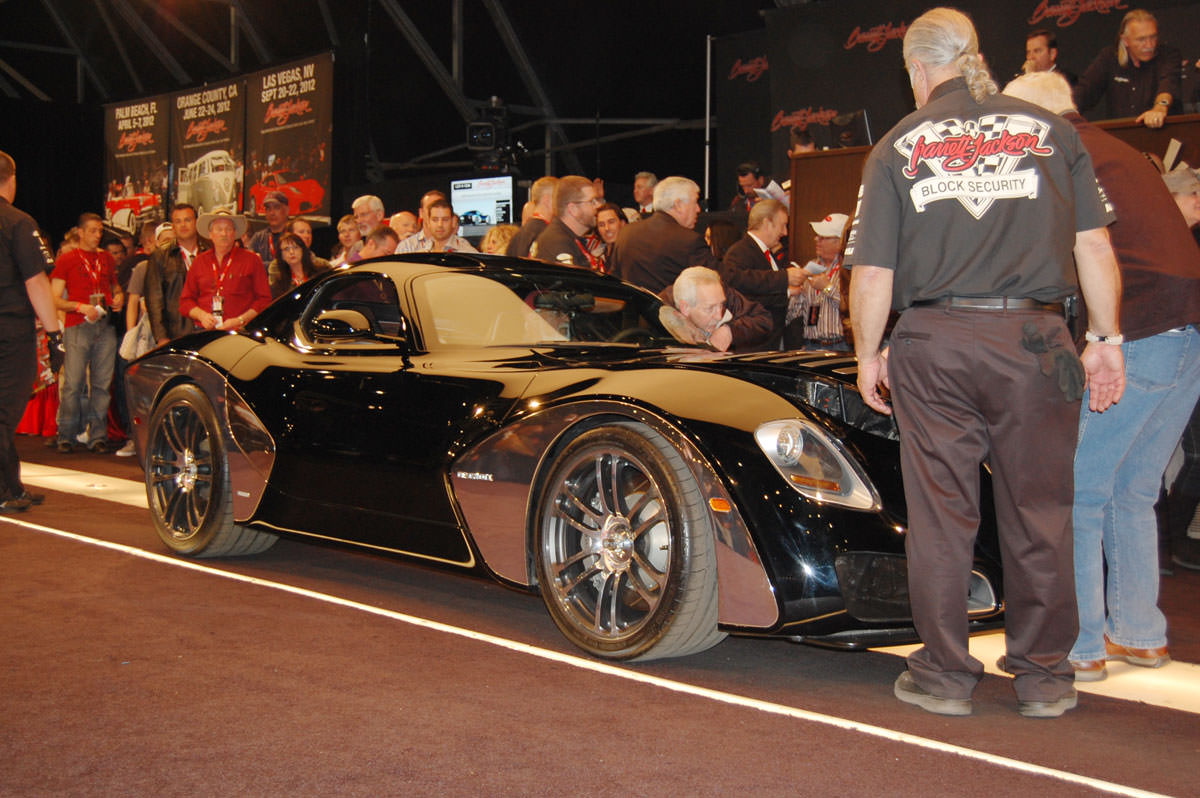 Envisioned by and designed by noted and award winning designer Daniel Paulin, the 2009 Devon GTX is based on the 2008 Dodge Viper but with a few nips and tucks and the GTX delvers of what a Viper should be a luxurious and high performance rocket worthy to wear the badge “Made in America.” With it’s unique upward-swinging doors and two-tone matte black and chrome finish The GTX is one of the sleekest cars to come out in the last couple of year.

Unfortunately with the financial crisis and the cancellation of the Viper the Devon only made two cars and now this one is for sale at Barrett-Jackson in Scottsdale Tonight. 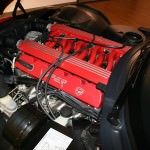