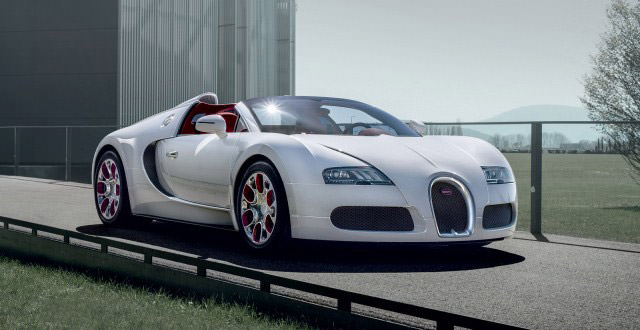 An exclusive, one of a kind Bugatti is being released for the Beijing 2012 auto show. Showcasing and celebrating the Year of the Dragon, this car is magnificent.

Bugatti’s Wei Long 2012 is a take on the company’s Veyron 16.4 Grand Sport and was specifically made just for China. This one of a kind car and boasts an almost 2.1 million dollar price tag. The eight liter engine is backed with a 987 HP output power and will reach a top speed of roughly 230 miles per hour.

Bugatti Wei Long is a two door open top sports machine with a white exterior and plush red interior leather seats. The floor mats are pure red silk and the luxury continues throughout the entire vehicle. Dragons are the forefront of the vehicle with over 20 imprints of a dragon featured within the cars design. A porcelain dragon is embossed on the fuel tank cap. A special silk embroidered dragon is located on the head rest. The whole car is Bugatti’s tribute to the Year of the Dragon in China.

This exclusive vehicle will be available for purchase at the 2012 Beijing Auto Show. Bugatti Veyron Wei Long edition is luxury, speed, and beauty with a price tag to match.

Bugatti is known for manufacturing some of the most expensive and most beautiful cars in the world. They have proven their excellence once again with the Edition Merveilleux, a one-of-a-kind version of the Veyron Super Sport. This car was constructed to the specifications of its new owner identified as Simon, a 40 year old man who lives in China.

Although no specs have been released about this car, it is modeled after the Veyron Super Sport, which holds the world record for being the fastest production car. It is listed by the Guinness Book of World Records as having an official top speed of 268 miles per hour. If the Bugatti Veyron Super Sport Edition Merveilleux is anything like the Veyron Super Sport under the hood, it’s going to have at least 1,200 hp with 1.106 foot pounds of torque. In addition, the Veyron Super Sport has four turbochargers that are larger than normal, as well as larger intercoolers.

In the video, which was initially released by Bugatti, we get a brief glimpse of some of the car. For example, the outside is a naked carbon fiber body with a dazzling blue interior. The wheels complement the exterior and are a black alloy. The video also reveals a bit about this mystery man. His name is Simon and he had this car made as a gift to himself for his 40th birthday.

Simon is believed to be an enthusiast of cars, and apparently has quite the collection built up. He even has a Bugatti Veyron in his collection. What a great birthday present! 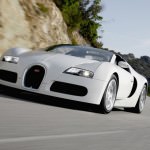 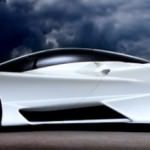