The 1932 Auburn V-12 Speedster was a classic beauty that was people of the time were afraid to buy because there was a thought that the low sticker price meant less quality. This was not at all the case as this perfection of machinery weighed in just below 5,000 pounds and could reach a top speed of 99 mph. What was even more incredible about this beauty was the fact that it was built for high speed cruising. Indeed the purchasers were receiving an excellent value for the $975 investment. 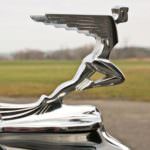 Built for speed and comfort, the 1932 Auburn V-12 Speedster was designed for fast acceleration and incorporated a number of features distinguishing the car from its competitors. The steel body was built on top of a type x ladder frame. Semi-elliptic springs with hydraulic shocks and a rigid axle maintained suspension.

The speedster boasted a Dual ratio three speed manual gearbox. A lever at the dash allowed the driver to switch from a low to high ratio in each of the three gears. The gears were able to be changed when traveling at speeds below 40 mph. This differential of 4.5 and 3.0 allowed the car to operate more efficiently and burn less fuel and oil. Close to 6.5 liters were displaced by this massive engine, and with 160 bhp at 3500 rpm, the ride was sweet.

This automobile was a symbol of speed, elegance, and forward thinking. It took the best of features available in the automotive industry and combined them to give a stunning vehicle. The production of this classic is just over 2000 in total, but in every aspect, it is deserving of the classic label. It incorporated ideas before their time, and kept the needs of the driver in view. From sleek design to outstanding performance, this machine is something to marvel at. 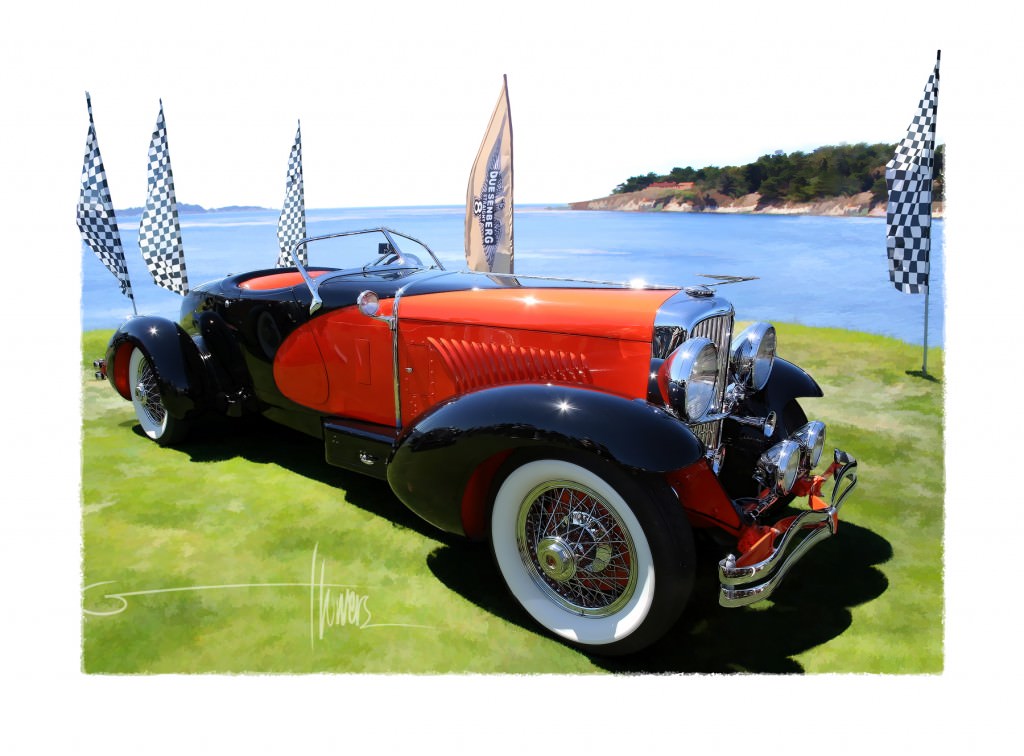 The Duesenberg Model J debuted at the 1928 auto show and made quite an appearance. The car was fairly heavy, considering the frame alone weighed about 2,000 pounds, which is not much less than a fully-assembled car weighs today. However, people did not hold the vehicle’s excessive weight against their high opinion of the vehicle. In fact, most people considered the vehicle to be the American version of the Rolls Royce, Mercedes-Benz and a variety of other luxury car brands. The Duesenberg model J had an original price of $8,500, but, when inflation is figured into the picture, it would sticker for close to six figures today.

This Model J featured a V8 engine, which produced about 270 horsepower. However, a fully-assembled model J weighs over 5,000 pounds, which is close to the weight of a quarter ton truck today. People fell in love with the uniqueness and elegant appearance of this fancy car, so they were not concerned about how fast it went. Other resources say that it was the fastest production car during this time period, with a top speed of over 110 miles per hour. In 1932, Duesenberg released a supercharger option for this vehicle, which increased the horsepower rating to 320 and it could reach a top speed of near 130 miles per hour. Even though super-cars of today can reach speeds over 200 miles per hour, it is incredible that such a heavy car could reach 130 during that time period.

Today, the Duesenberg Model J is extremely hard to find. Interested buyers will likely have to find one at an exclusive auto auction, but they better bring a thick wallet, because the most recent sale was nearly $2 million. This would look great in any collector’s garage, if the person has enough luck and money.