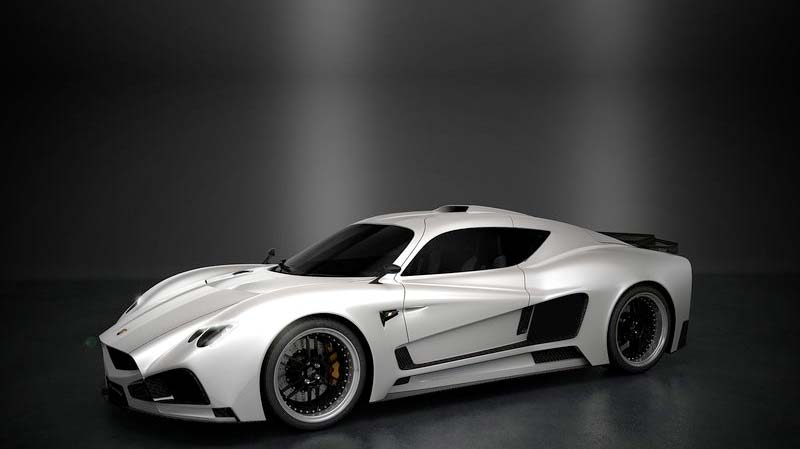 The Mazzanti Evantra was first introduced in 2011, and presented by Faralli and Mazzanti. Fast forward a year later, the company is now just Mazzanti, and the Evantra has been redesigned to energize its performance to top of the line comparisons. Before getting too excited, understand there are only going to be five of these beauties completed, and it will make its debut at the Top Marques Monaco in April of 2013.

The original version of the Evantra sported a flat six engine with 403 horsepower, with a twin turbocharger, amp that up to 603 HP. Under this configuration 60 mph can be reached in 3.7 seconds. The new Evantra will be powered by a V8 7.0 liter engine and go from 0 – 60 mph in 3.2 seconds.

The 2013 model also features 20-inch wheels by OZ featuring tires by Continental. Power is distributed to the rear wheels by way of a direct shift gearbox that utilizes a paddle-shift designed by Sila. This dream machine is available, as a Pro-body comprised of a carbon-fiber composite or a One-body that is a customizable all-aluminum shell. Automakers and sport car enthusiasts anxiously await the 2013 unveiling; it is expected to be worth the wait.