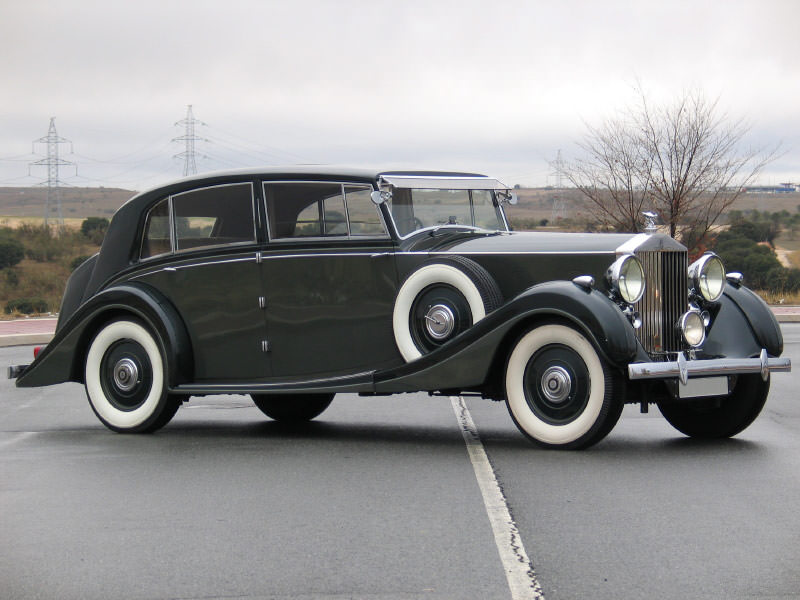 The on-board jacking and one-shot chassis lubrication system are operated by an internal lever which is in the driver’s side. The 4- speed transmission featured syncromesh on the second through fourth gear as well. The body of the car was made by a fitted coach builder, which was selected by the purchasers, and most of the bodies were designed by larger companies, which Rolls-Royce worked with on a consistent basis including: Park Ward, Hooper, Mulliner, and Thrupp & Marberly. The car was able to attain speeds from 0 to 60 in 16.8 seconds, and reached a max speed of 87.5 miles per hour; additionally, it consumed approximately 10 miles per gallon in the high way, and only 8.4 miles per gallon when driving in the city.