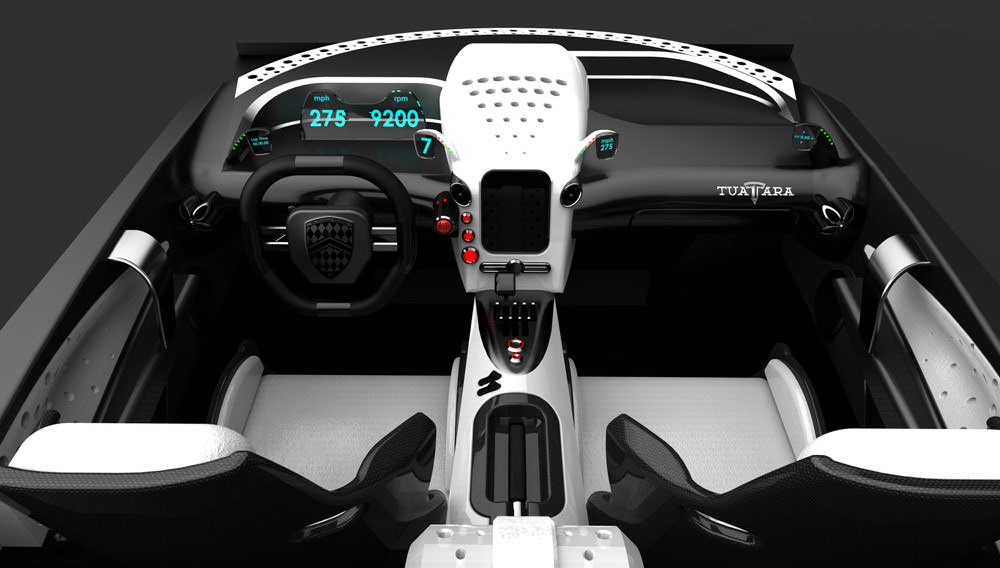 The interior of the SSC Tuatara has been evolving. Designers have focused on making the interior mesh with the exterior. Traditional gauges have been replaced with easy-to-read displays. Many of the controls have been eliminated and replaced with a large touch-screen in the middle of the console.

The SSC Tuatara has a handsome, super-sleek, racing exterior that is inundated with perforations of various patterns. Inside the vehicle, these same perforations can be found throughout. This is a great way to tie the exterior and interior together, but that’s not all the designers have done. 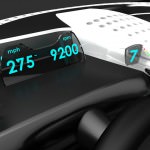 Instrument panels are constructed of durable glass and the gauges of American muscle have been replaced with sleek digital displays. The instrument panel sits between the top and center of the steering wheel for ease of viewing by the driver. The passenger no longer needs to lean over to see the speed because the designers have included a panel for the passenger as well.

The center console has an enormous touch-screen that controls all of the creature comforts with just a finger on the screen. Not all of the functions are controlled through the screen. Things such as traction control and drive modes are still controlled through the tactile buttons, which are super-sleek and designed to perfectly match the tail lights.

Although the SSC Tuatara has received some upgrades on the interior, this vehicle remains largely disappointing inside. Many consumers continue to expect more from a luxury vehicle, such as seats that not only wrap around their body, but are comfortable as well. Sometimes comfort is sacrificed for speed, and that appears to be what has been done here.