Every auction Barrett-Jackson partners with non-profits to raise money on the block by auctioning off at no cost to the charity rare and collectible cars. This year’s Las Vegas auction is no exception with Barrett-Jackson’s own Steve Davis auctioning his own Ford Fairlane 500 for Armed Forces Foundation.

Lot #674.3 is a 2012 Chevrolet Camaro ZL1 powered by the LSA Supercharged 6.2-Liter V8 engine producing an estimated 550 horsepower. The Camaro is offered by Fairway Chevrolet of Las Vegas, and all proceeds from the sale will benefit the YMCA of Southern Nevada, an organization committed to nurturing the potential of kids, promoting healthy living and fostering a sense of social responsibility in Southern Nevada. The ultimate in performance technology, this is the fastest and the most technically advanced Camaro ever offered by Chevrolet; the ZL1 name is derived from the racing engine that was installed in a handful of 1969 Camaros, representing the pinnacle in Camaro performance — until now.

The legendary, refined aluminum engine is matched with a six-speed manual transmission. Displayed in its pre-production form, the 69th production 2012 Camaro ZL1 will go to the winning bidder, who will be able to select any available options from a long list. This will be the only production vehicle in the Carbon Flash Metallic color. 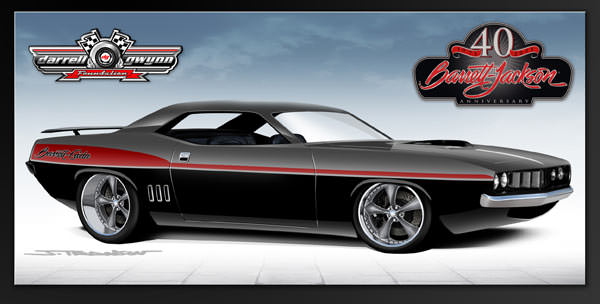 Lot #370.1 is a 1971 Plymouth ‘Cuda custom two door hardtop, AKA the “Barrett-Cuda.” This one-of-a-kind vehicle was built by longtime Darrell Gwynn Foundation supporters Mike Langston and Dick Koch of Pure Power Motorsports and donated for auction at Las Vegas to commemorate Barrett-Jackson’s 40th anniversary. The car is a one of one special edition, Grand Touring type model with a new HEMI engine, widened rear quarters and painted in Barrett-Jackson’s colors. The body shell was donated by Scott Milestone, and the 572 HEMI engine was built by Stanton, discounted by Mopar and donated by Tom and Cindy Wright. Other donated items in this ‘Cuda include the Year One supplied interior, Panoz Automotive Development power bucket seats, air conditioning by Vintage Air, body wrap by Pure Power Motorsports and Sherwin-Williams Paint by Scott Taylor at Bizarre Customs. The mission of the foundation, established in 2002 by Champion Drag Racer Darrell Gwynn and his wife Lisa, is to provide awareness, prevention, support and ultimately a cure for paralysis. 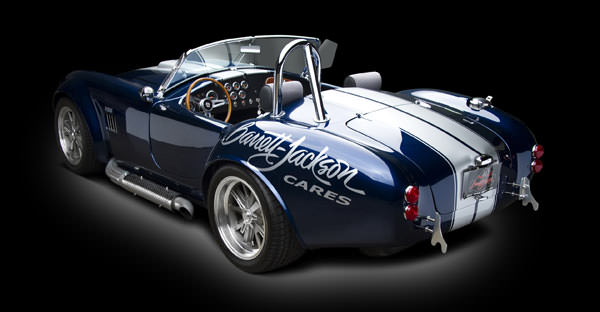 The next featured charity car is a 2006 Shelby Cobra roadster by Factory Five. This Cobra re-creation is a beautiful example in Vista Blue and is powered by a small block Ford V8 with a five-speed transmission. Spearheaded by actor Josh Duhamel, the sale of this Factory Five Cobra will directly aid recovery efforts and victims of the flooding that devastated Minot, N.D., and surrounding communities. Duhamel and wife Fergie — one of the recording artists of the six-time Grammy award-winning, multi-platinum group The Black Eyed Peas — will be on the auction block for the sale of the roadster, which is signed by Duhamel and The Black Eyed Peas. The sale of this celebrity Lot will be nationally televised live on SPEED as the Cobra is offered as a No Reserve vehicle. Proceeds from the sale will go directly to the Minot Area Community Foundation Recovery Fund, which will play an active role in flood relief by supporting recovery and restoration throughout the greater Minot area, including the counties of Ward, Renville, Bottineau and McHenry, all of which experienced record-breaking flooding from the swollen Souris River in mid-2011. 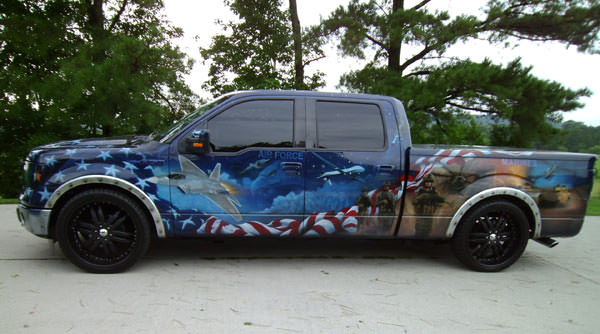 The Fisher House Foundation serves more than 12,000 military families by aiding military families in need and by providing “comfort homes” built on the grounds of major military and VA medical centers. These homes enable family members to be close to a loved one during hospitalization for an unexpected illness, disease or injury. The foundation will be benefitted by the auction of Lot #79, a 2009 Ford F-150 Custom “Freedom” truck. Ford Motor Company, Malibu Customz and Mickey Harris have joined forces to create a unique vehicle that pays tribute to the men and women of our armed forces: Army, Air Force, Navy, Marines, Coast Guard and the National Guard. Mickey Harris customized this truck with murals honoring all the service branches. Malibu Customz added carbon fiber and other products. The one-of-a-kind truck made its debut at the 2009 SEMA convention and was the focal point of the Ford display. After SEMA, it toured the country visiting military bases, NASCAR races and car shows, and the Pentagon. 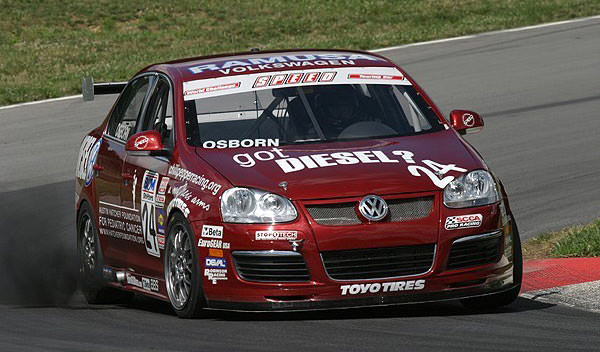 Lot #46 is a 2006 Volkswagen Jetta WCTC TDI racer. It was built and campaigned by Chili Pepper Racing in the SPEED World Challenge Touring Car Series. The racing team has been active since 2002, raising money and awareness for families affected by pediatric cancer. During the construction of this car, Austin “Hatch” Hatcher was born to Jim and Amy Jo Osborn, team principals of Chili Pepper Racing. Hatch was diagnosed with a rare and aggressive cancer at the age of 8 weeks and passed away a week later. Proceeds from the sale will be donated to the Austin Hatcher Foundation for Pediatric Cancer, whose mission is to empower families affected by pediatric cancer. The Austin Hatcher Foundation is the official charity of the American LeMans Series, Ford Racing Mustang Challenge Series, the 2010 Hot Rod Power Tour and Road Atlanta. This car has a long list of notable features and has been featured in Diesel Tuner and Euro Tuner magazines, the Fuji Grand Prix Edition of the Red Bulletin and catalogs for Carrillo Rods and Vibrant.